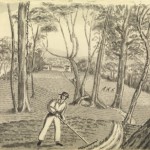 An important part of Australia’s colonial history is the contribution that British convicts made to various aspects of our built heritage as well as to the early European colonies through providing extracted resources and manufactured goods to the free community. What day-to-day life was really like for convicts in different areas of Australia and how their labour contributed to the building of infrastructure, is an area increasingly being investigated by historical archaeologists. In AA76 Richard Tuffin discusses the different types of ‘prisons’ in which convicts lived and worked. 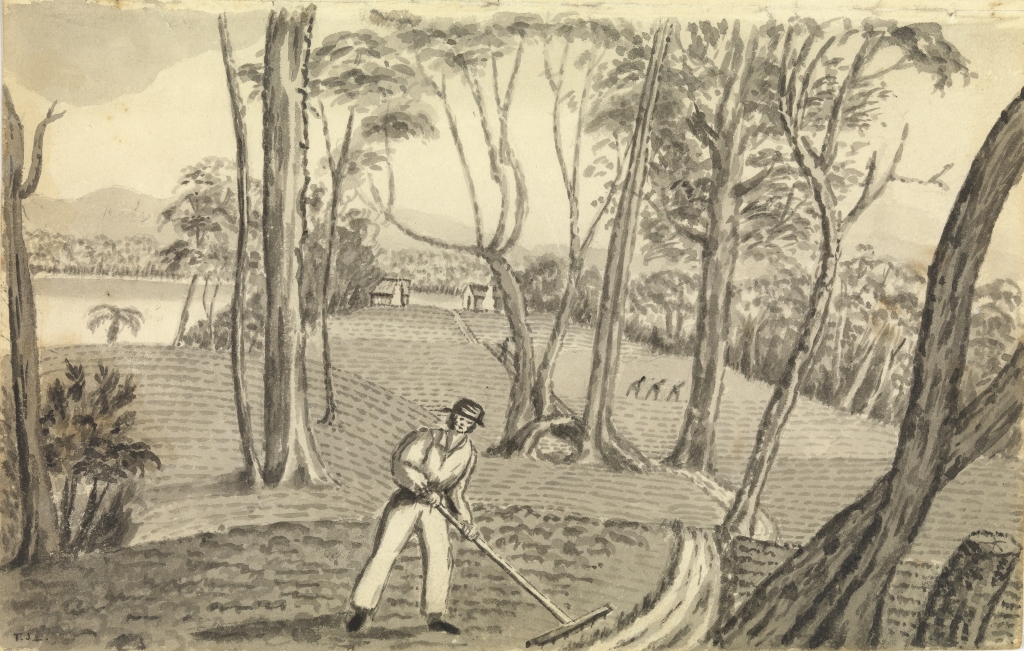 Sketch by Thomas Lempriere showing the gardens on Phillips Island, Macquarie Harbour. Though successful, the gardens required the convicts’ constant labour (Courtesy of the Allport Library and Museum of Fine Arts, Tasmanian Archive and Heritage Office).

Having been convicted of various crimes – some serious, some not so serious – hundreds of men and women were transported from Great Britain via ship to Australia’s earliest colonies, chiefly Van Diemen’s Land (now Tasmania), New South Wales (NSW) and Western Australia (WA). Upon arrival they were put to work in a variety of ways and in a variety of places – all with the aim of acquiring resources, building facilities and producing items so as to assist the colonies in becoming self-sufficient. Some convicts were deployed as part of ‘day gangs’, in which the group focused on completing a single, particular task such as the attainment of a resource (such as timber or coal) or the creation of a product (such as a road). These gangs were comprised of either unskilled or skilled convicts  (or sometimes a mixture of both), and worked as either a single unit or in tandem with other similar gangs.

In other places and/or times, convicts might be employed in ‘work camps’, where groups (or gangs) of convicts were assigned to tasks immediately in or around the camp area. The main difference between day gangs and work camps was that the former were employed in a multitude of different tasks, whereas the work camp was dedicated to a single purpose which drove the existence of the camp in that location. The tasks that work camps most commonly undertook included the construction of roads, timber-getting and coal extraction.

An example of two types of convict labour: post-and-rail fence construction and timber getting at the Port Arthur settlement (courtesy of the Mitchell library, State Library of NSW)

Convicts were also housed and employed at ‘work stations’. As with work camps, work stations were largely dedicated to one goal, though a number of convicts were also tasked with growing food or manufacturing everyday items such as clothing for those housed in the camp. In this way, the station was able to gain some small measure of self-sufficiency.

‘Industrial stations’ were places in which many different tasks were undertaken by the convicts which were stationed there. These tasks included everything from resource production to goods manufacture (items for use both within and outside the camp). The well-known Port Arthur (Tasmania) site was once such industrial station. Here, convicts extracted timber, constructed large sailing vessels, gardened to produce food, and made shoes or many other items that invovled skilled trades. These stations also produced and sold goods to the community, and in this way helped pay for their enormous running costs. Another example of an industrial station was Point Puer, also in Tasmania which was in operation between 1834 and 1849. Here incarcerated boys made shoes and boats as well worked timber and stone for use in the wider colony. This arrangement not only taught the boys a trade but also brought in much needed income to the station.

Female convicts housed in ‘establishments’ – places which were designed to confine convicts within the the limits of their walls but still allow them to work, were made to do laundry or sewing, while male convicts in establishments might have worked machinery for grinding flour, for example. Even in these most confined penal establishments then, was labour extracted from those it housed in order to offset the costs of their confinement and contribute to the success of the free communities. 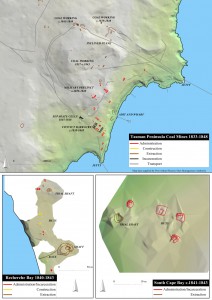 These different convict labour settings were used in different places at different times depending on the desires of both the British and colonial governing bodies. The one constant between them was that they all aimed at extracting labour from the convicts. This was partly as punishment for their crimes and partly in order to support the fledgling European colonies located in various parts of Australia at that time. In any case, the work carried out by transported convicts in various labour settings described by Tuffin were integral in shaping the Australia we know today.