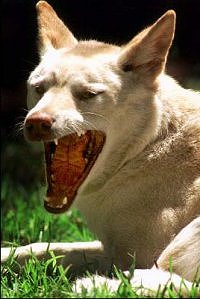 Colin Pardoe has been awarded Life Membership of the Australian Archaeological Association Inc. in recognition of his long-standing support and contributions to the success of the Association, including as President, organising conferences, presenting papers at numerous conferences, and convening the legendary annual ‘Big Man and Small Boy Awards’.

During his time as President in 2000–2001, along with Louis Warren and Richard Fullagar, he contributed greatly to raising the level of professionalism and the profile of the Association. This was a critical time for the Association, and for Australian heritage and archaeology more broadly, and Colin’s leadership played an important role in negotiating valuable outcomes for the Association and the discipline.

The ‘Creation’ conference he co-convened with the South Australian Museum, Flinders University and University of South Australia in 1996 on the Fleureiu Peninsula, South Australia, was memorable not only for the unexpectedly cold weather but also because of the large attendance and great atmosphere.

The papers Colin has presented at numerous conferences are always stimulating and always presented in a manner that makes human biology understandable and of relevance to an audience of archaeologists whose aim is to find out how people lived and behaved in the distant and recent past.

He has also made a great contribution to Australian archaeology outside the Association. His numerous publications on the human biology of Indigenous Australians place ancestral human remains in a broader Australian and world context that informs on the life of past populations and complements the fieldwork and writing of mainstream archaeologists. His writings have not only been directed to enlightening biological anthropologists and archaeologists, but importantly to the Aboriginal communities whose ancestors he studies. His plain English reports written for Aboriginal communities not only provide insightful details about the lives of the people whose remains he has studied, but are also of a high standard and model for others to follow.

Colin’s many and diverse contributions to the Australian Archaeological Association Inc. and the broader discipline of Australian archaeology make him a worthy recipient of Life Membership.

PS Colin is not a dingo, but he does like them a great deal. And in lieu of being able to find a picture of Colin on the internet, we chose to use a picture of a dingo instead.