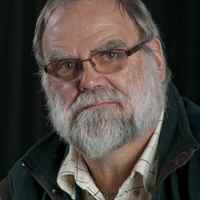 Emeritus Professor Iain Davidson has been award the Rhys Jones Award for 2010 in recognition of his long and distinguished career at the University of New England, where he began in 1974. For 35 years he taught and supervised generations of undergraduate and post-graduate students about Australian prehistory and archaeology. Many of these students now occupy positions in universities and cultural heritage management organisations.

His research covers many different aspects of Australian archaeology. For example, his research program in northwest Queensland integrated ethnography, rock art, geo-archaeology, history, trade and the tracing of networks and symbols into the past through excavation and analysis. His account of the Kalkadoons, the Aboriginal community on northwestern Queensland with whom he worked, and research on the Roth family are major contributions to Australian archaeology.

In another of his research areas – the origin of language – Iain has always seen the unique Australian evidence, often ignored by the rest of the world, as something needing to be taken into account.

His research has always involved general questions about the nature of colonisation, and the demography, economy and increasing diversity of life in Australia over time.