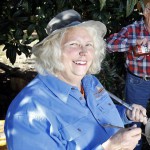 In SA, the City of Mitcham has just announced a $2000 student grant in honour of Maggy Ragless, the city’s former historian who passed away unexpectedly in 2012.

Applications close on 31 March 2014 and all the details including application forms can be found online at http://www.mitchamcouncil.sa.gov.au/page.aspx?u=1320&c=20716